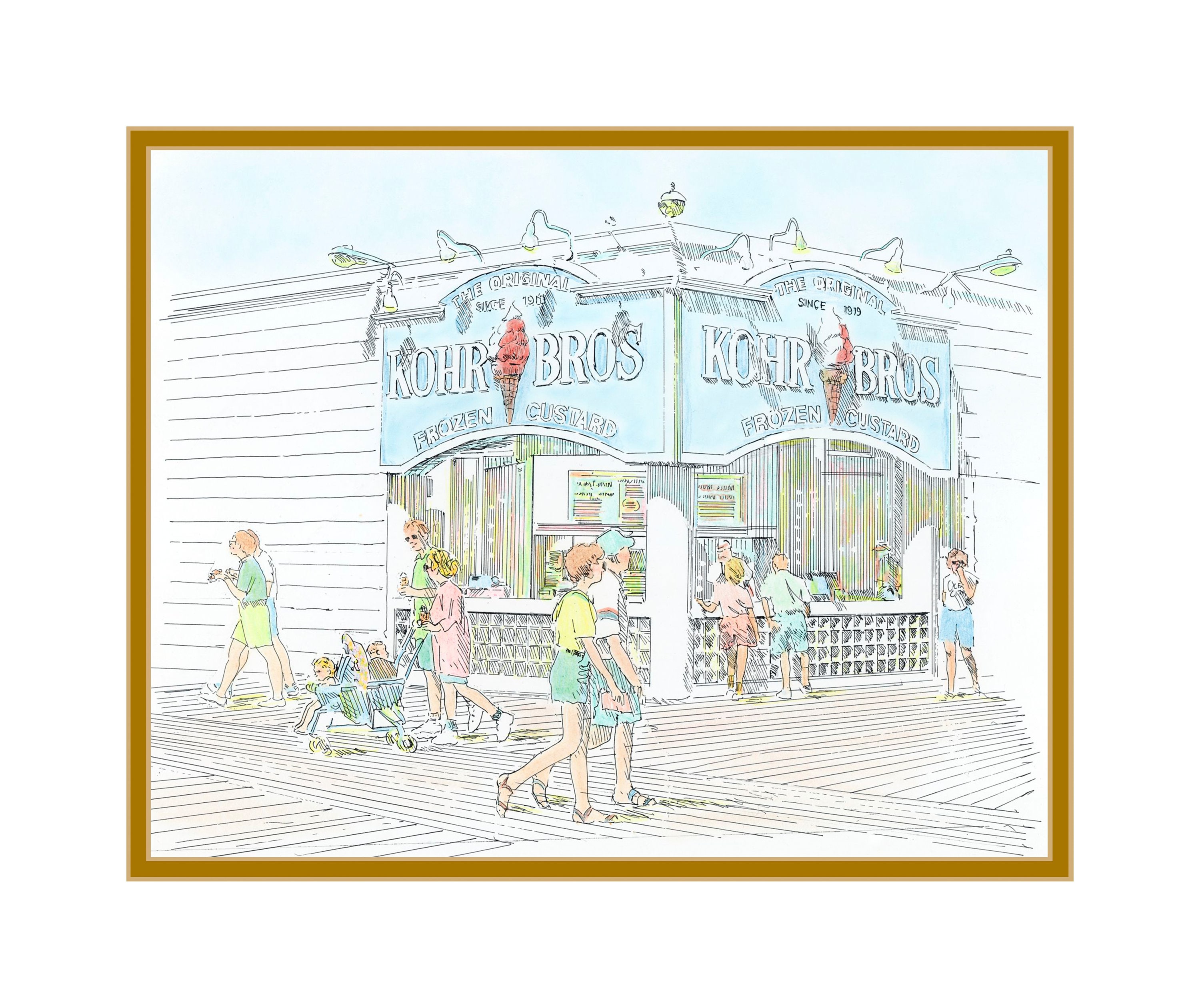 Kohr Brothers on the Ocean Boardwalk at 9th Street

In 1920, they brothers set up a small booth on Coney Island. The business was an instant success.

Incorporating eggs inimproved recipe with the use of their new machine, they created a light and fluffy product that "tasted just like a custard" - the first and the Original frozen custard.

Over the years the business grew, but in 1923 Elton D. Kohr decided to branch off on his own and started his own chain. He opened his first store in Atlantic City in 1924 calling it Kohr’s Frozen Custard and grew his enterprise impressively and soon after he started locations in Ocean City.

Kohr Brothers frozen custard has been boardwalk tradition in Ocean City for more than 50 years!