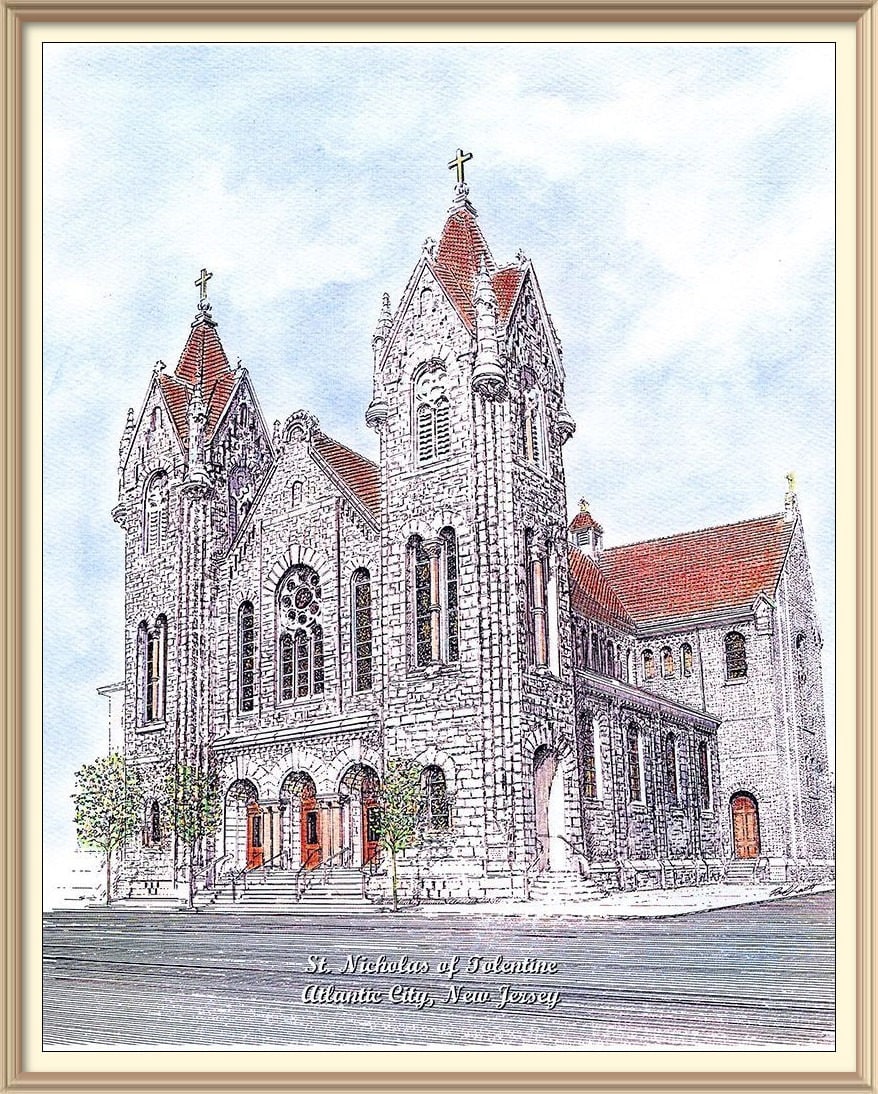 From its humble origins in 1855, the present cruciform Catholic Church was built on a site of a former ice skating rink at Pacific & Tennessee Avenues in 1905.

The church, named for St. Nicholas of Tolentine, the “Patron Saint of Holy Souls,” has 90 stained glass windows all of which were handmade in Germany. In 1977, the ornate interior of the Church went through extensive restoration. An ongoing campaign exists to fully restore and revitalized this beautiful house of worship which has served generations of Catholic families.

John P. O'Neill, an American counter-terrorism expert, working for the FBI, and killed in the September 11 attacks, once served as an altar boy in this church and is buried in the churchyard.