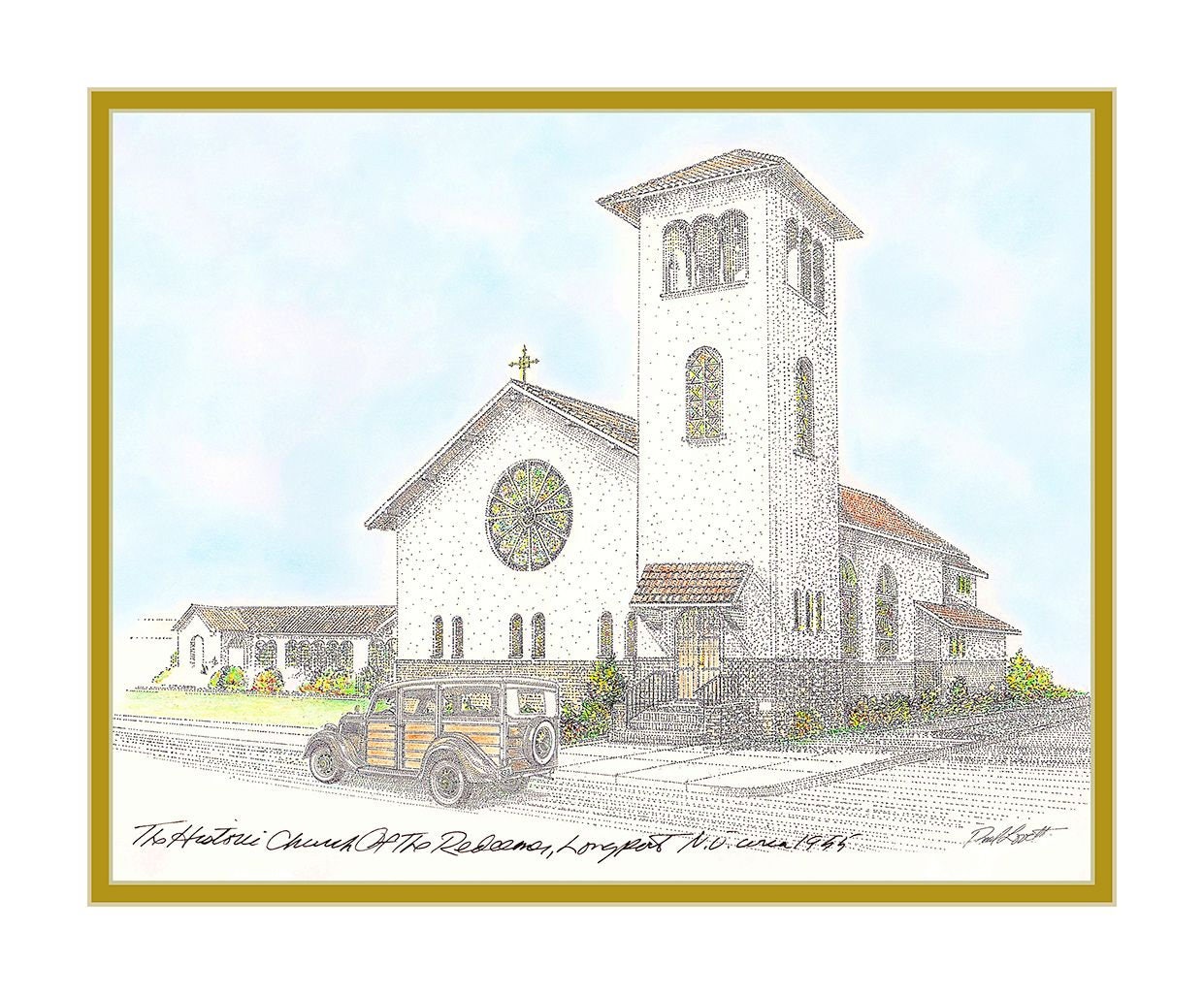 Church of the Redeemer, Longport, 1955

Church of the Redeemer, built in 1908, was a historic church at 20th and Atlantic Avenues in Longport, Atlantic County, New Jersey, United States. It suffered a catastrophic fire in June 2012, and was demolished. A re-creation of the Church was built in June 2014.

Designed by the firm of Duhring, Okie & Ziegler, the building likely was the work of architect H. Louis Duhring, Jr. Duhring's father was a prominent Episcopal minister in Philadelphia, Pennsylvania, and a friend of Joseph P. Remington, the donor of the land for the church.

This drawing is printed on acid free paper and comes in a standard double white mat with a gold inner core ( Copyright, 2017, Atlantic City Nostalgic Art)