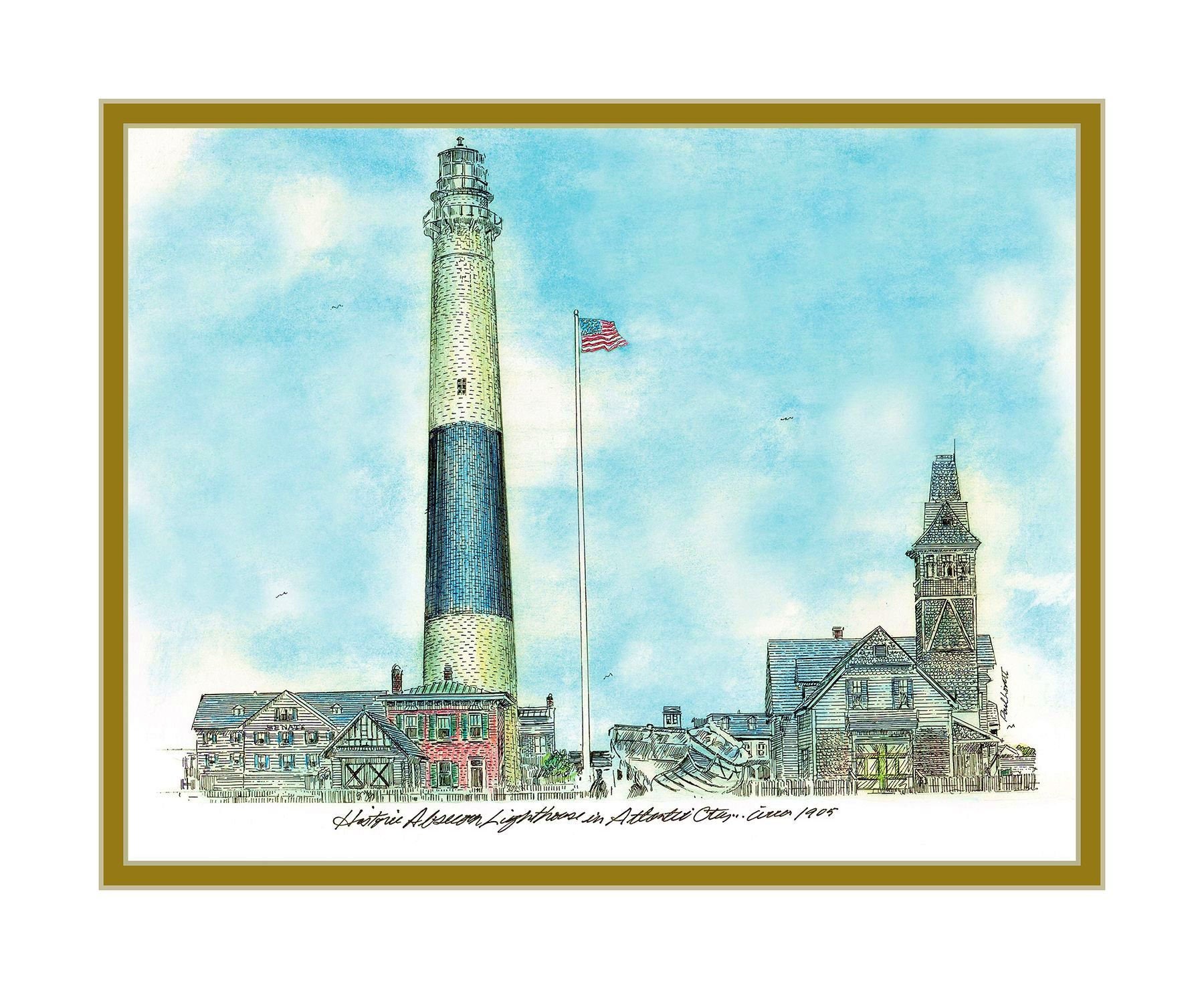 Dr. Jonathan Pitney, the "Father of Atlantic City" was concerned about the loss of ships and lives along Absecon Beach and prompted the U.S. Lighthouse Service to build a lighthouse on Absecon Island. Construction of the lighthouse began in 1855 and was completed the next year. For nearly eighty years, the lighthouse served the Atlantic City coastal region with a perfect record. During that time, not a single life was lost at sea. In 1996, The Inlet Public/Private Association, got funding from the Casino Reinvestment Development Authority for the restoration of the lighthouse and as well as the reconstruction of a new Light keeper's house. Today, the Lighthouse appears at Rhode Island and Pacific Avenues in Atlantic City as it did when it was constructed in 1856. It still holds the record as the third largest lighthouse in the United States.

This drawing is printed on acid free paper and comes in a standard double white mat with a gold inner core ( Copyright, 2017, Atlantic City Nostalgic Art)