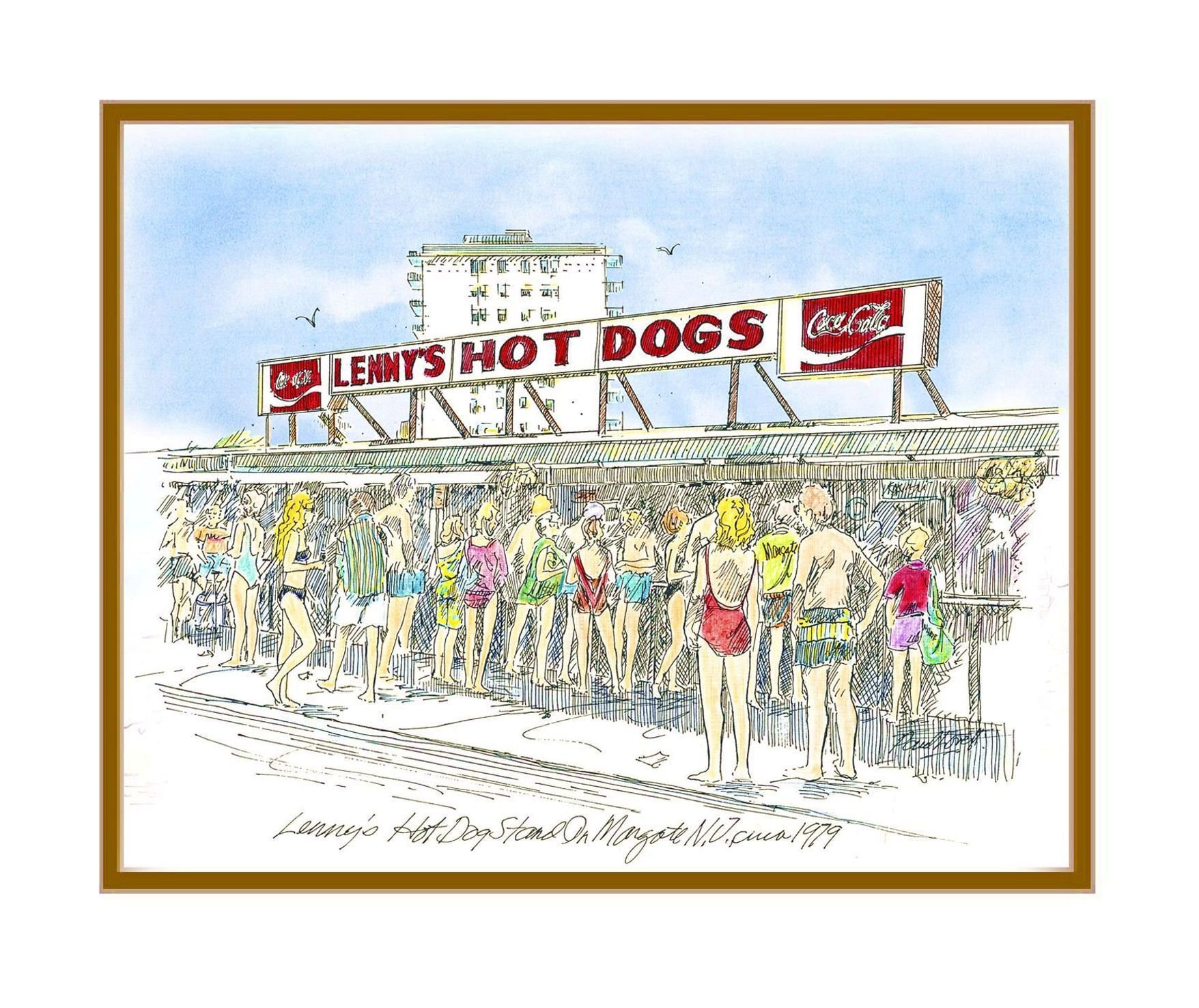 Lenny's Hot Dogs in Margate Circa 1979

Lenny’s Hot Dogs was founded in Philadelphia in the 1930s by Lenny Kravitz and his family. His second location was a unique open air hot dog stand at the corner of Washington and Atlantic Avenues in Margate. It existed there for numerous decades. Lenny's was famous eatery not merely for its hot dogs, buts also for it fish cakes and black cherry soda. The pepper hash spread on its hot dogs was world renowned though. People used to stand in huge lines just to eat a Lenny's Hot Dogs with its special spread! Like a lot of the food stands that existed in Margate, development pressures led to Lenny's demise. In the 1980s, Lenny's Hot Dog stand was demolished to make way for luxury beachfront condominiums. Lenny's Hot Dogs while not in Margate anymore still exists today with a sole location in Feasterville-Trevose, PA.