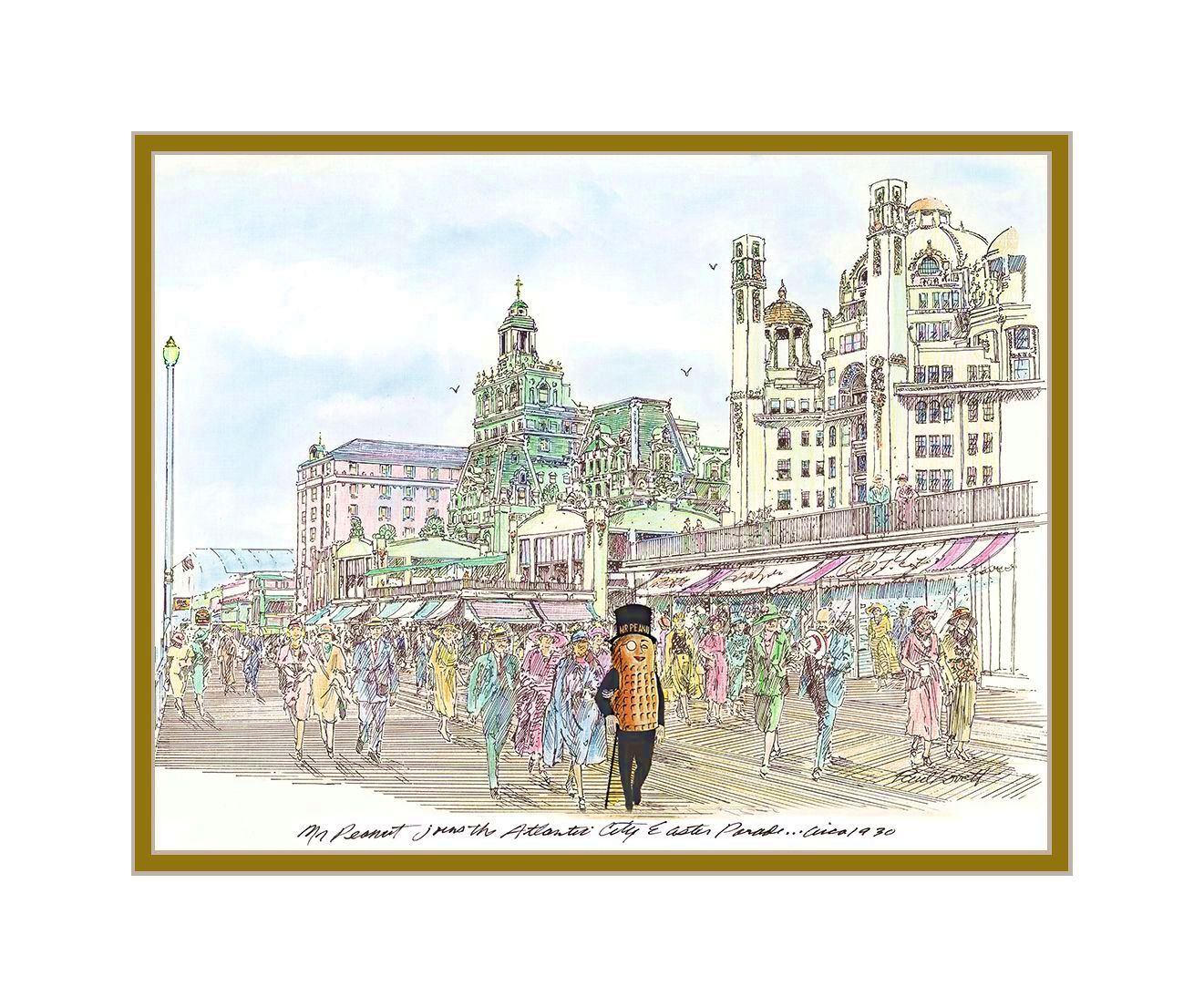 The Easter parade is an American cultural event consisting of a festive strolling procession on Easter Sunday and no place in America fully expressed the character of that event than Atlantic City.

In the 1920s, hundreds of thousands of people would parade the Boardwalk in their Easter finery. The parade in Atlantic City in itself became a tourist attraction. It was not merely a celebration of a holiday but also a vacation carnival of costuming and consumption—a rollicking amusement for tourist and their families.

No character in Atlantic City at the time fully expressed the celebration of the holiday than Mr. Peanut. Here he is arm in arm with a female revel goer on the Boardwalk on Easter at the beginnings of the Great Depression.

The drawing comes in a white double mat with a gold inner core.