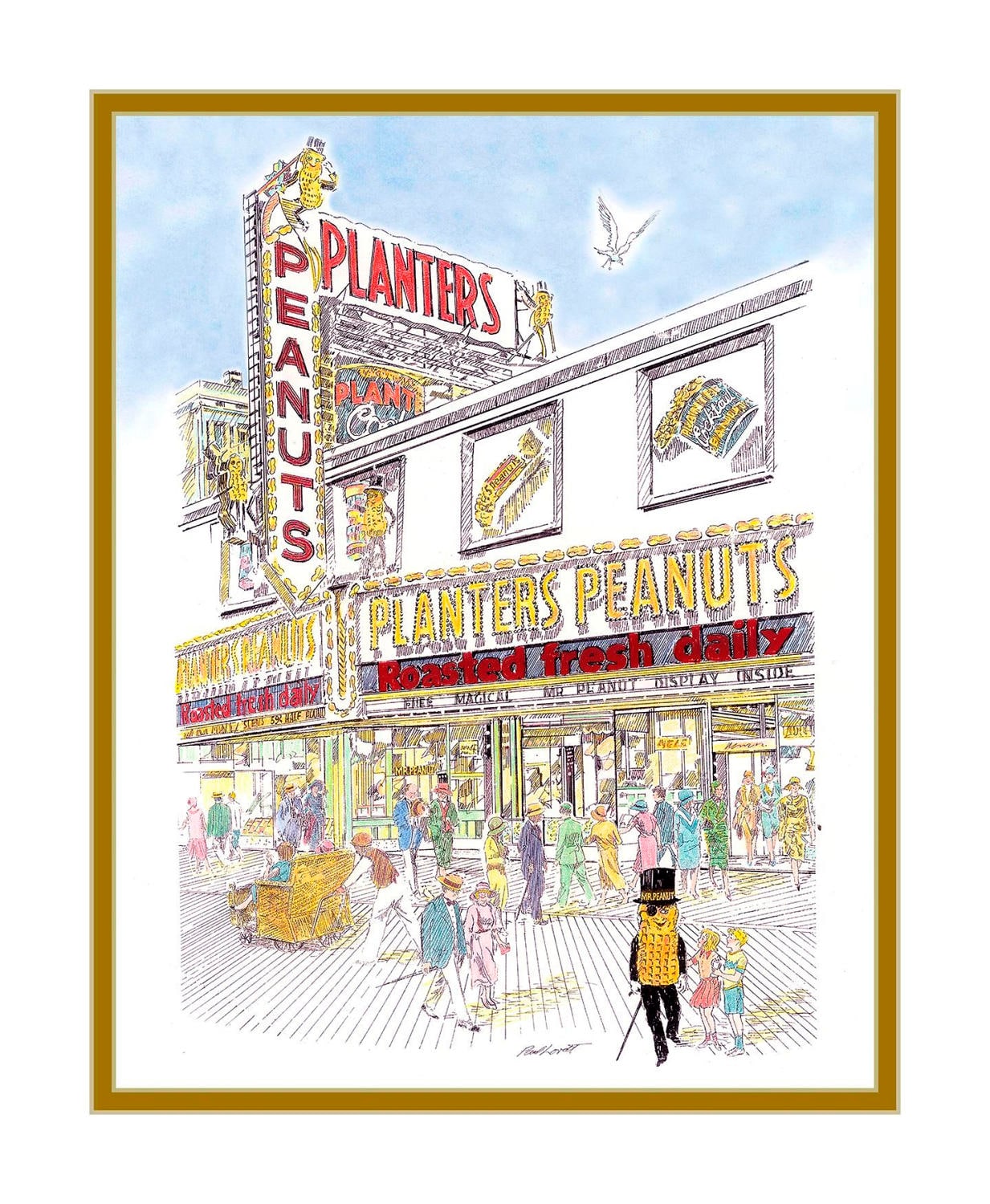 Mr Peanut on the Boardwalk of Atlantic City

The Mr. Peanut character was the artistic creation of a schoolboy who won a Planters Peanut drawing contest in 1916 with his rendition of the “Peanut Man.” Mr. Peanut though found his world fame on the boardwalk in Atlantic City especially at this location near the Steel Pier on North Carolina Avenue. Though Planters Peanut shops no longer exist in Atlantic City, Mr. Peanut still makes an occasional appearance on the boardwalk much to the delight of everyone

This drawing is printed on acid free paper and comes in a standard white mat with a gold inner core (Copyright 2017, Atlantic City Nostalgic Art).