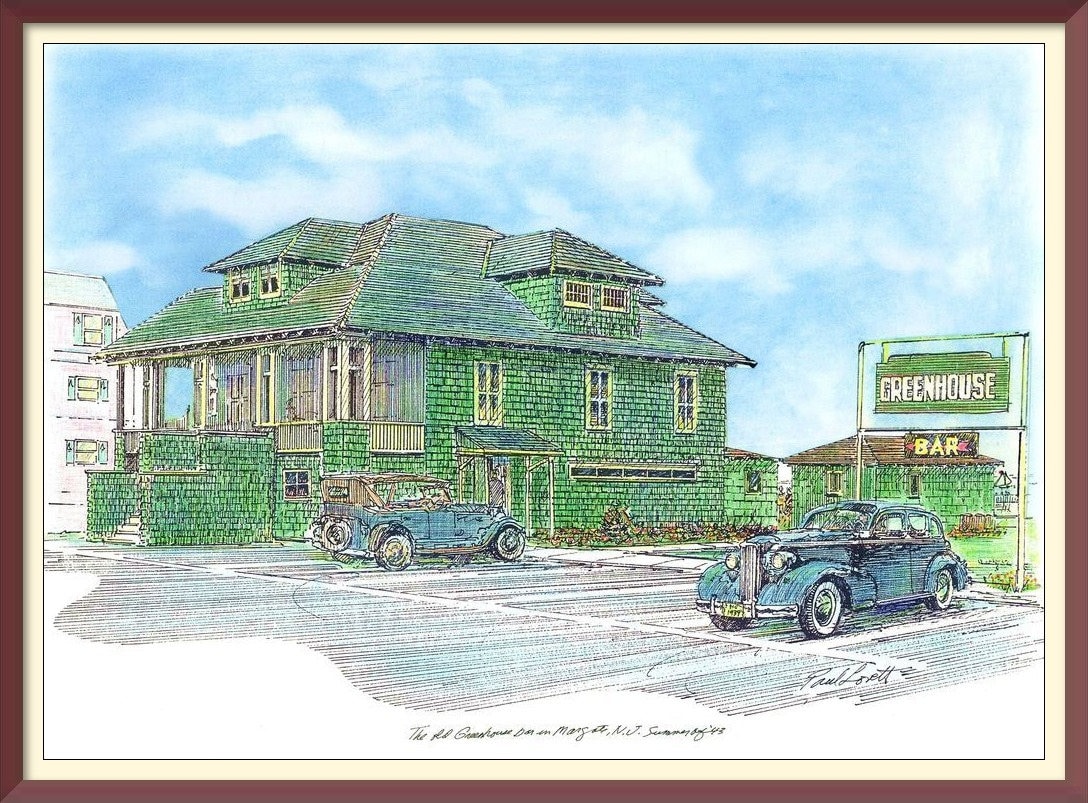 The history of the Greenhouse Bar goes back approximately 100 years.

In the early 1900s, it began as a six room apartment house. During Prohibition, it was a speakeasy.

Rumor has it that the bar served the notorious bank robber, John Dillinger and his friends.

Since the 1950s, it’s been one the most popular taverns and restaurants in Margate. It survived two major storms in 1944 and 1962; the original framework of the Greenhouse still exists today.

This work of art by Paul Lovett shows the Greenhouse in 1943 right before the famous summer storm.

This drawing comes in a double white mat with a gold inner core. The small drawing is actually 11x14 not 11x16.