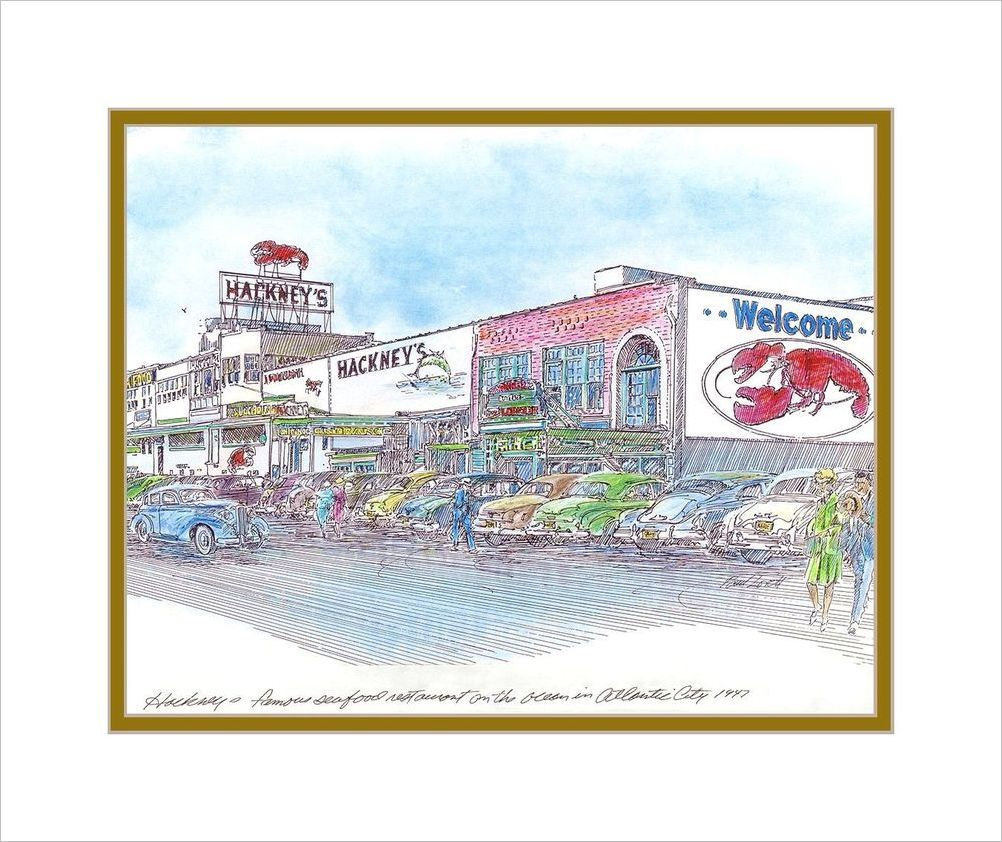 Hackney's Restaurant, started in 1912, was originally built as a clam shack but at the height of the Depression became a famous dining and oceanfront gathering place located at Maine Avenue in the Inlet in Atlantic City.

During its heyday from the 1920s through the 1950s, it was a showplace of Hollywood celebrities, sports legends, and politicians.

The restaurant served thousands of meals a day. Lobster dinners were plucked from its purified lobster pools. They canned their own seafood specialties, had deep sea fishing tours, and its waitresses posed for a postcard wearing lobster costumes.

The second smaller and more modern restaurant was rebuilt and reopened in 1965 and was eventually razed in the mid-1990s.

The drawing comes in a double white mat with a gold inner core.