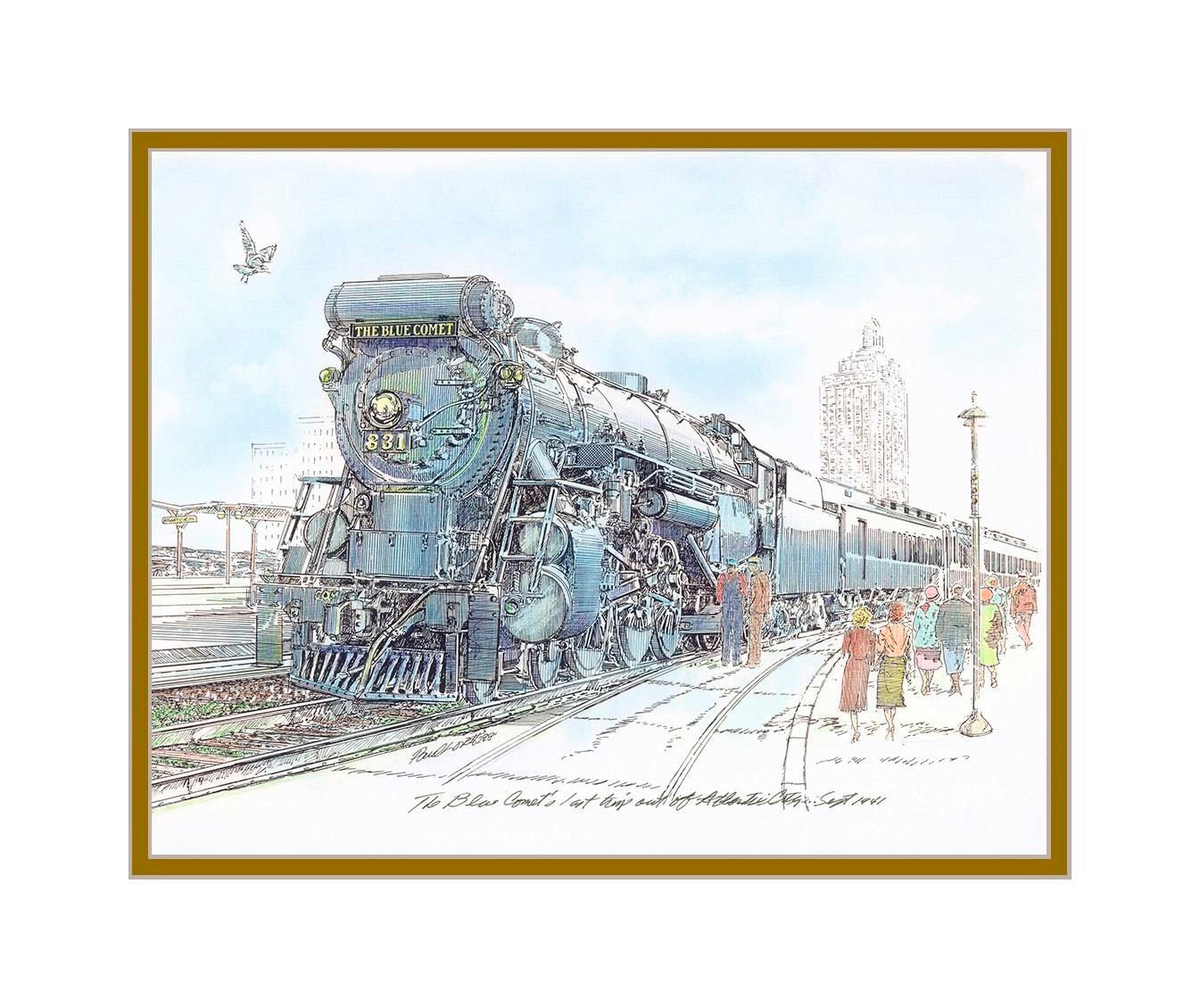 It provided service from 1929 to 1941 between New York and Atlantic City.

Advertised as “The Seashore’s Finest Train,” it was designed to compete with the Pennsylvania Railroad’s Atlantic City service.

For resident of the more isolated sections of the Pine Barrens, who did not have radios or electricity, the Blue Comet provided local residents with connection to modernity.

When he Blue Comet crew would pass Pine Barrens communities and would drop off newspapers for the residents.

Showing their appreciation, the resident would bring baskets of freshly picked berries for the crews

This drawing comes in a double white mat with a gold inner core.