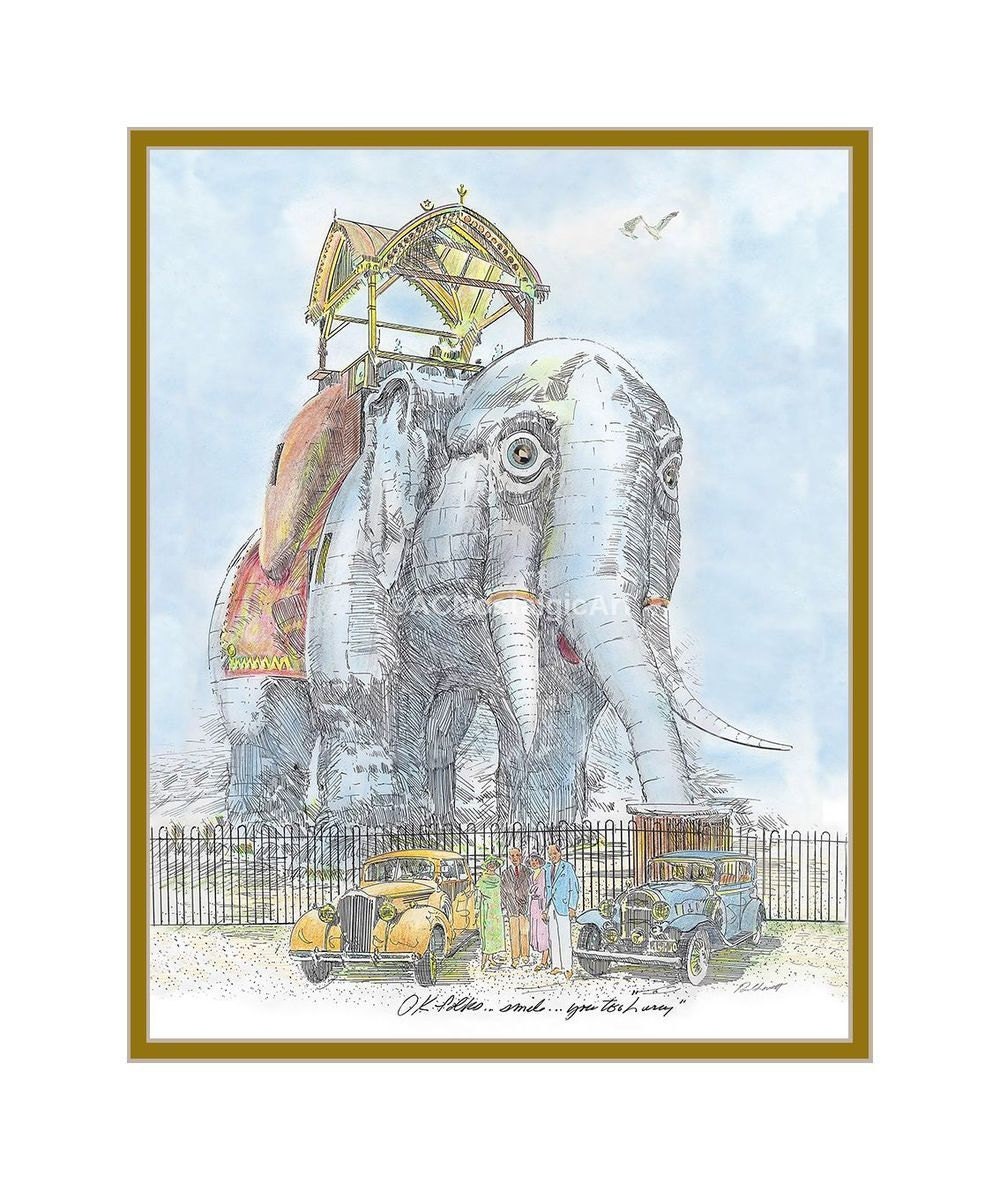 James Lafferty built Lucy the Elephant to attract real estate investment in Margate, which was known at the time as "South Atlantic City". Constructed in 1881, the building is a national historic site as well as an example of the eccentric architecture of the late Victorian age. The building was nearly demolished in the late 1960s, but a very enthusiastic citizen’s campaign called the “Save Lucy Committee” spared it from the wrecking ball. Lucy the Elephant was moved a few blocks south in 1970. An ongoing campaign still continues for its maintenance and restoration. Today, it remains as the most unique and beloved tourist attractions in the Atlantic City area. www.lucytheelephant.com

This drawing is printed on acid free paper and comes in a standard white mat with a gold inner core (Copyright 2017, Atlantic City Nostalgic Art).